Do you know the 18+ meaning behind the song 'Watermelon Sugar'?

You are probably not aware that the song has a hidden and very simple meaning. 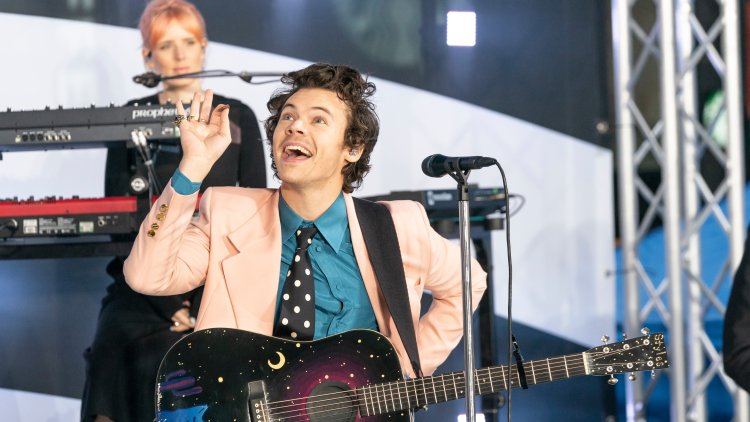 English singer Harry Styles has a very popular song with a very unusual name. Namely, the song  ' Watermelon Sugar', was released in 2019, but even today it is a hit and is still regularly hummed by many, both young and old. However, they may not be aware that the song has a hidden and very simple meaning.

The song even won a Grammy for best solo pop song, was at number one on the US charts, and was in the top ten in 20 other countries, while few knew what Styles was alluding to when he sang it. If you look really hard at the video and read the words carefully, you might still understand, but everything was actually explained by Harry himself at one of his concerts.

"It's like that initial feeling of euphoria you get when you're sleeping with someone or just being around someone who turns you on," Styles said during his 2020 tour.

There are clear signs of sexual allusions in the video itself. The video starts with the message, "this video is about touching", and as the video progresses, Styles very sensually touches a watermelon and of course, there are half-naked models that add spice to the video.

In the end, in 2021, Harry admitted to the audience during a concert in Nashville that the song is actually about an orgasm. "This song is actually about... It doesn't matter what it's saying. It's about... It's about, um, the sweetness of life... Oh yeah, it's about the female orgasm, but it doesn't matter, it doesn't matter now," Styles said. You must admit that you didn't expect something like this, but part of the song: 'I want your belly, And that summer feeling, Getting washed away in you,' certainly confirms everything.