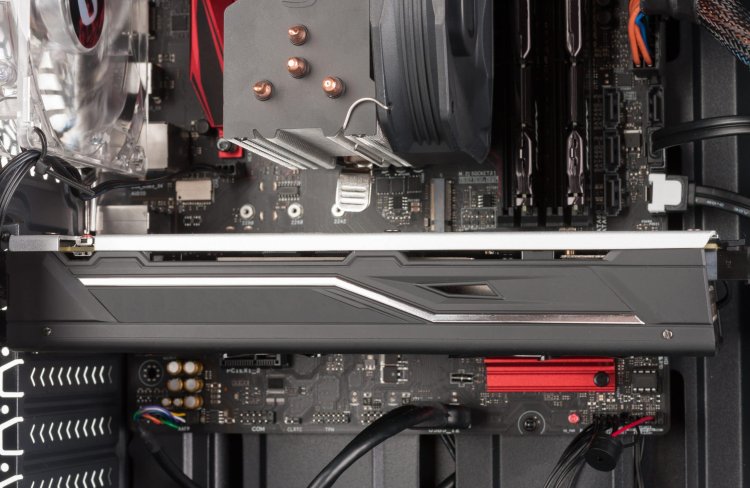 There are new reports concerning Intel's future Arc graphics cards on the internet. According to this, the fastest Alchemist GPUs should be roughly on par with the Geforce RTX 3070 Ti, and there is talk of a form of Infinity Cache for the successor architecture Battlemage.

Intel is expected to debut its first desktop graphics cards, dubbed the Intel Arc and based on the Alchemist architecture, within the next four months. There aren't many specifics about the graphics cards' performance. Images have been uploaded on Twitter, allowing for a preliminary categorization. There are also technical data concerning the Alchemist GPUs, as well as the Battlemage's replacement.

The two images were shared by Twitter user Harukaze5719, who claimed to have taken them from an unknown YouTube video. The film, however, is claimed to have been made in collaboration with Intel and thus likely represents the company's point of view. However, none of this can be verified at this time.

However, this classification is not entirely consistent, because the A780 should be nearly four times as fast as an A380 based just on the number of shaders. This, however, falls well short of matching the given performance structure. As a result, either this or the provided number of shaders, or both, must be incorrect. Unfortunately, that cannot be said for certain until the graphics cards are officially released.

It's also questionable whether the information leaked by leaker Kepler L2 is correct. On Twitter, he stated that Intel's successor architecture, Battlemage, will require a particularly huge cache. One of the next GPUs, according to this, has a cache of 112 MB. According to Kepler L2, it is still unclear whether this value relates to the L3 cache or a possible L4 cache.

Although this information cannot be verified, it appears to be somewhat correct. After AMD successfully reduced the energy-hungry memory interface with the RDNA2 architecture's Infinity Cache, the technology should have become the focus of the competition.

Nvidia has already been said to be working on a related adaption, and Intel should be interested in lowering energy use with an Infinity Cache counterpart as well. This is quite likely to be added with the Battlemage architecture.

KIM AND KANYE CAUGHT TOGETHER AT DINNER: They lied to the public all t...