Meghan Markle and Prince Harry never get out of trouble! Harry and Megan claim that they will soon justify Netflix's invested millions. 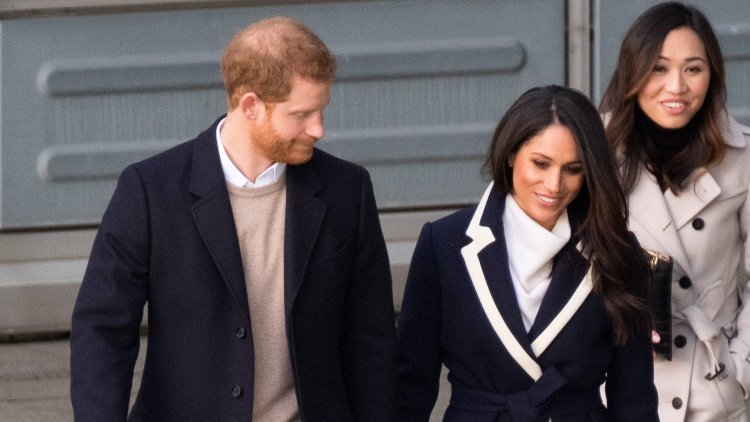 After leaving the British royal family and relinquishing royal duties, Meghan Markle and Prince Harry could not begin a better chapter in their lives. Many would think that a new scandal was imminent, but the Duke and Duchess of Sussex could run into a serious financial problem.

Namely, " Netflix" canceled the animated film "Pearl ", in which the main theme is 12-year-old girl Meghan Markle and her early childhood, in which she faced difficulties. Although the same house gave the royal couple 100 million dollars without much thought, for the realization and screening of the film, it seems like they changed their opinion. It is a new blow for Megan and her production house "Archwell", which she founded in 2020 with her husband Prince Harry.

"Netflix" gave 100 million dollars to the royal couple without much thought, for the realization and filming of the mentioned work. Because of failing to put their ideas into action for two years, Megan and Harry could face serious sanctions.

However, on the other hand, Harry and Megan claim that they will soon justify Netflix's invested millions. Reportedly, they are working on a documentary about the "Invictus" games, and the film crew followed Prince and Meghan during the last games in the Netherlands. It seems that the former duchess did not manage to finish her project for almost two years, and Netflix was forced to cancel it because of that. Netflix has done the same in recent days with a number of other animated projects that have not met deadlines and are still in the early stages.

They told all the producers to try to present their projects on some other streaming platforms, which are at least not lacking today.

However, it is unclear whether Prince Harry's wife was recommended the same because close sources say that Netflix still hopes for other projects of the "Archwell" production. By the way, many believed that Megan wanted to show her own challenging childhood with the animated film 'Pearl', all because of the name "Pearl".

Recall, for the first time in a decade, Netflix is ​​losing subscribers. The fact is that they lost 200,000 subscribers in the first quarter of this year, and this negative trend is expected to continue, reaching two million. This automatically triggered the sale of shares, which is not unusual because it is expected that in such situations some shareholders panic.