What happened with Adriana Lima's face?

We don't remember her like this! Adriana Lima is in public for the first time since she discovered she is pregnant. 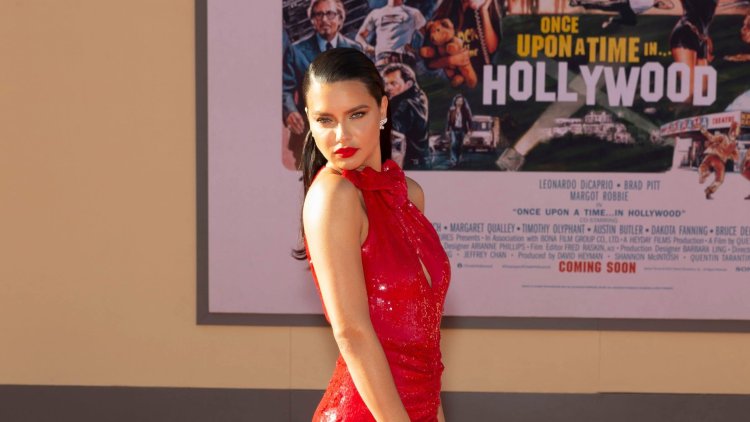 The body of one of the most beautiful women in the world is slowly taking on the shape of a pregnant woman, and the famous Brazilian looks even more beautiful than usual and, most importantly, happier than ever before. Taking that she is pregnant her face looks really swollen but that did not affect her beauty at all.

Model Adriana Lima (40) recently told fans that she is pregnant, sharing a cute video in which we see how her boyfriend Andre Lemers found out about it. The famous Brazilian and ex-wife of Serbian basketball player Marko Jaric shared her first video on the social network Tik Tok, in which we first saw that Andre likes to scare her and prepare unpleasant and witty surprises for her. Then she decided to "return the favor", so she woke him up while he was still dreamy and confused and she showed him a positive pregnancy test!

Adriana can't hide how happy she is next to Lemers, and the two of them looked in love when they appeared at the Paris Fashion Week yesterday. The couple attended the presentation of the new collection of the fashion house Balmain, and one of the most successful and famous Victorian angels looked magnificent in a black dress.

For this occasion, she wore a long model with long sleeves and a closed collar, which has semi-transparent parts and an interesting design. Adriana wore gold Balmain sandals with this dress, and let her hair fall down her back.

For now, she did not reveal the month of her pregnancy, and her chosen one hugged her all the time and caressed her stomach. This will be the model's third child since she has daughters Valentina (12) and Siena (9) with Marko Jaric.

Recall, Andre Lemmers, 40, was born on June 22, 1981. He was born in Los Angeles, California. Although specific information about him is not available, it is known that he works in the entertainment sector. A Santa Monica-based film producer, whose LinkedIn page indicates that he is working as a creative executive and producer for the Hollywood Gang production since 2016. In 2020, he became a corporate partner.