Why is Bill Gates obsessed with buying fields

Find out what phone Bill Gates uses, what technology he thinks is the next big thing, and what he would have done differently during his time at the helm of Microsoft. 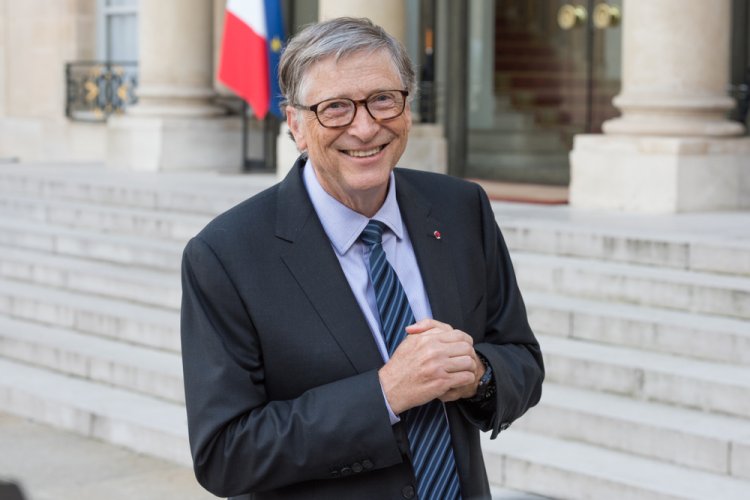 Bill Gates, the founder of Microsoft, answered questions and provided some interesting answers in his 11th talk with Reddit members.

Can there be ethical billionaires?

In response to the question of the user mspalandas, can there be ethical billionaires, Bill believes that he is one of them: "Being rich means that you can easily lose touch with reality. I think that the incentive to create new companies is still a good thing. Even if taxes go up, I wouldn't forbid anyone from being worth a billion, but that's just one opinion. I've been very lucky. "

What phone does he use?

When he last answered Reddit questions, Gates startled many by admitting that he does not use a Microsoft Surface Duo or an iPhone, but instead relies on the Samsung Z Fold3 for all mobile tasks.

However, things have changed since then, and the billionaire now claims that Lee Jay Yong, the company's founder, gave him a Samsung Z Fold4 at a meeting in South Korea, with which he replaced his old model.

Still, when it comes to computers, Gates uses an unnamed Windows laptop when he's on the go and relies on his Surface Studio for everything else .

What's the next big thing?

One user reminded Gates that he had long foreseen what the Internet will bring us, therefore he was curious what the next big thing in technology. The millionaire responded with artificial intelligence.

"I don't think the Web3 idea is that big or that the metaverse stuff is revolutionary, but artificial intelligence is pretty revolutionary. "

Why is he buying so many fields?

It may seem unbelievable, but Bill Gates is the greatest landowner in the United States. Almost the years, he amassed over 110,000 hectares of land, so many people raised an eyebrow and properly wondered why he was doing it, and the millionaire answered this very topic during a Reddit session:

"I own less than 1/4000 of the arable land in the US. I have invested in these farms to make them more productive and create more jobs. There is no big idea at work - in fact, these decisions have been made by my professional investment team," explains Gates.

"When I saw children dying that could have been saved for less than $1,000, I knew it had to be my top priority. Almost no one was funding work on diseases like malaria, which was killing over a million children a year at the time. We made progress, so that number is now 400 thousand - we are committed to eventually bringing it down to zero," says Gates.

What would you do differently?

Gates recognizes that, in retrospect, his time as CEO of Microsoft could have been even more successful. When asked what he would do differently, the Microsoft founder responded that he "knows a lot of things today that he didn't know then" and that he would change two things - "working on a smartphone operating system (Android won) and solving an antitrust litigation earlier" .