If you like Wednesday Addams you shouldn't miss these movies!

For all those who are fascinated by this gothic princess, we have good news – this week you can watch three films that will fulfill all your expectations. 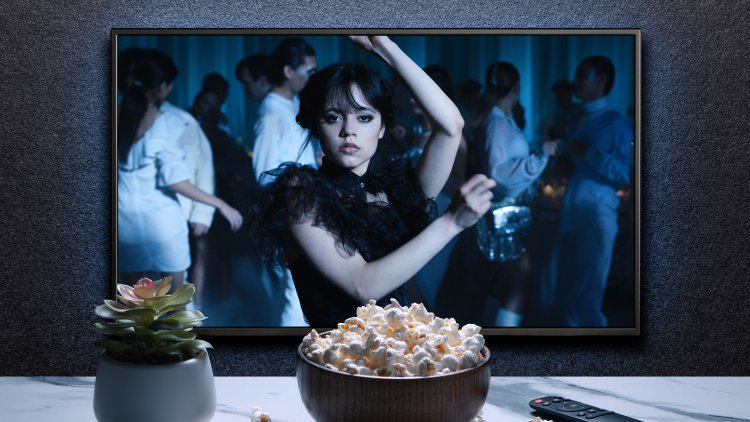 There has come a time when almost everyone loves Wednesday Addams, as the opposite of the classic Hollywood beauties that we are used to seeing on the big screens in colorful dresses and with a smile on their faces. Wednesday represents those outcast kids from the back bench. She doesn't care what anyone thinks and enjoys being different.
For all those who are fascinated by this gothic princess, we have good news –  this week you can watch three films that will fulfill all your expectations.

In The Addams Family, we follow the story of a stranger who claims to be Fester, the missing brother of Gomez Addams (Raul Julia), that is, the head of the family. While Gomez likes the idea of ​​finding his long-lost brother, his wife Morticia (Anjelica Huston) doesn't share the same enthusiasm and believes it's a scam to rob the Addams of their wealth and throw them out of their home. Wednesday is sure to find creative ways to help get an intruder out of the house, and one thing's for sure: we wouldn't want to be in the shoes of anyone who gets on her bad side.

After the first film was a great success, filming of the sequel, The Addams Family 2 , soon began. The cast has remained the same, but the focus of the story this time is on the newcomers to the family. Gomez and Morticia became parents for the third time, this time to a boy with a mustache that Wednesday and Pugsley (Jimmy Workman) openly despise and try to get rid of. To get the house (and the kids) in order, Morticia and Gomez hire a nanny to keep everything under control. The ideal candidate is Debbie Jelinsky (Joan Cusack), a seemingly sweet and uncorrupted woman who catches the eye of Uncle Fester (Christopher Lloyd), an eternal bachelor who longs for a romantic relationship. Not all change is good, as the Addams family quickly discovers. In this film, the beloved Wednesday is at an age when she has only one thing on her mind - murder.

The person who last year turned the character of Wednesday Addams into a pop-culture phenomenon was Tim Burton, the American producer responsible for the film The Dead Bride. Like the other films on the list, it will delight you with its Victorian, Gothic atmosphere and a different love story than the ones we are used to. In the end, all fans of Wednesday do not even expect a story from a fairy tale, but one from a nightmare, as our heroine likes.

Canada without car emissions by 2035

How to resign? We have the answer!

He tried to commit suicide to save his twin brother: an amazing story ...

Kylie Jenner is pregnant again: She's going to have another baby with ...