Vienna-the metropolis in the heart of Europe

Vienna is once again the best city to live in in the world. 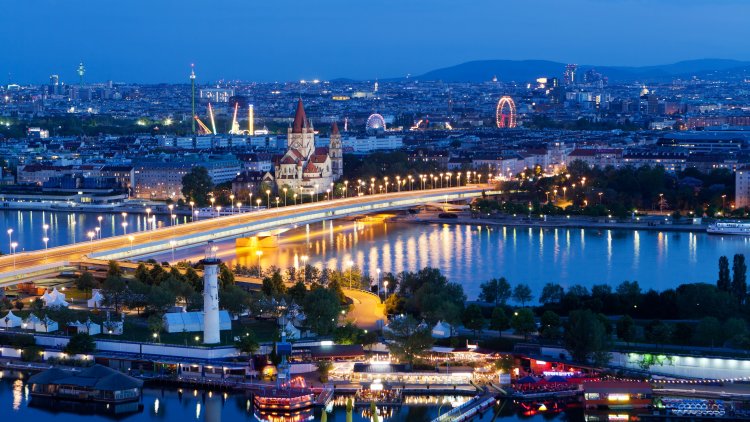 Vienna is once again named for the best city to live in, in the world. After leading the list in 2018 and 2019, last year Vienna dropped to 12th place due to closed museums and restaurants. But now, Vienna returns to the top of the list.

'Stability and good infrastructure are the main charms of the city for its inhabitants, with good health care and many opportunities for culture and entertainment'  explains the Economist that did this research. Vienna left far behind some of the most beautiful and popular cities in the world. According to the annual report of the Economist, London is only 33rd, Barcelona and Madrid are even lower, in 35th and 43rd place, and Milan is in 49th position.

The stunning architecture and rich cultural offer of the once imperial city of Vienna make it one of the favorite tourist destinations in the world. The Big Four - Haydn, Mozart, Beethoven and Schubert make it a city of music. Vienna is not only a city of waltzes, beautiful castles and rich museum collections but also a place where you can relax with a sugar cake, enjoy the view from a large panoramic point or visit the best zoo in Europe.

The former summer residence of the Habsburgs is the most visited tourist attraction in Vienna and a place where the history of Austria was written. Schönbrunn Castle is surrounded by beautifully landscaped gardens. Above the palace on a hill is Gloriette, which once served as a reception hall and now is converted into a café. From the top of Gloriette, you can see the Schönbrunn and Vienna complex.

The castle actually consists of two palaces - the Upper and the Lower Belvedere, and some claim that this castle is the most beautiful baroque building in the world. The magnificent garden is full of sculptures, fountains and water cascades, and from the upper palace, in addition to the garden, there is a beautiful view of Vienna, hence the name of this Belvedere castle (beautiful view). It was built in the 18th century as the summer residence of the prince and great military leader Eugene of Savoy. Today, Belvedere Castle is turned into a museum.

The Hofburg is a large complex of residences of the mighty Habsburg Empire in the center of Vienna, created in the period from the 13th to the beginning of the 20th century. Until the end of the First World War, Hofburg was the capital of the Habsburg Monarchy.

Part of the Hofburg is the official residence of the President of the Republic of Austria, and most of it has been turned into museums. The imperial crown of the Holy Roman Empire is kept in Hofburg.

This cathedral dedicated to St. Archdeacon Stefan is located in the center of Vienna and is the seat of the Archdiocese of Vienna.

The first church on this site was built in 1147, but it was demolished, rebuilt, and upgraded several times, and it underwent the last major reconstruction after great damage during the bombing of Vienna in 1945.

The Cathedral of St. Stefana is a Gothic building recognizable by its characteristic roof with 200,000 tiles and a huge bell called Pumerin of 20 tons, which is located in the north tower. This bell  is the third largest bell in Europe.

The Prater is a large public park. The World's Fair in 1873 was held here. He got an artificial lagoon called "Venice in Vienna" in 1895.

There are over 250 different attractions in the park, including a narrow-gauge railway, roller coasters, a planetarium and the Prater Museum. Today, the symbol of the park is a large wheel from 1879, 65 meters high, which is still used and offers a view of the whole of Vienna. The wheel is one of the biggest attractions in Vienna and is a very common motif on souvenirs.

Olivia Munn is expecting her first child, the father is already marrie...

Tom Hanks explains why he turned down Jeff Bezos' offer to fly into sp...

80s movies fans will be delighted with the new Ghostbusters!