Yakutsk-the coldest city in the world!

Many places on Earth are not ideal for life. Yakutsk in Russia is considered the coldest city on Earth. 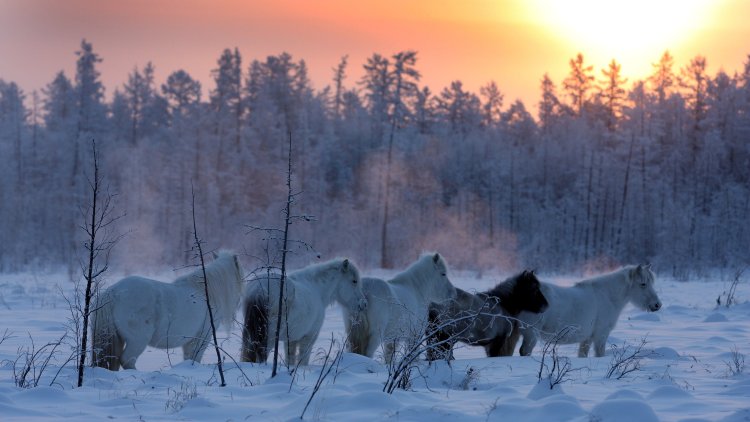 Many places on Earth are not ideal for life. Nevertheless, people still found ways to survive in the most extreme conditions such as those prevailing in the coldest city in the world. We complain that winter lasts too long and we can't stand the cold anymore. And do we know which is the coldest place in the world? The lowest temperature ever recorded on earth is -89.2 degrees, at the Vostok Station in Antarctica, in 1983.

Yakutsk in Russia is considered the coldest city on Earth. Temperatures there reach -60°C. Some residents claim that they have experienced even colder days, but this is impossible to prove because the thermometer cannot measure a temperature lower than 63°C.

Another city in Russia, Oymyakon, recorded a record low temperature of -71.2°C, and only 500 people live in that city. Although at first, you might think that these cities are in close proximity, this is not true. Namely, these cities are as much as 928 kilometers apart. Siberia is generally considered a very cold place to live, and low temperatures occur due to its latitude and huge surface area.

Temperature extremes, both high and low, usually occur over continents because the land warms and cools faster than the ocean. In the case of Siberia, the snow and ice cover also play a role in helping to keep the cold in the area. This combination of factors has led to the formation of a large, semi-permanent high-pressure zone that forms over Siberia in winter known as the "Siberian High."

High pressures over high latitude continents are generally known for stable air, low humidity and clear skies resulting in very low surface temperatures. In addition, the topography of Yakutsk and Ojmjakon is also important because these cities are located in valleys, surrounded by higher terrain.

Anthropologists believe that people continue to live in places with temperature extremes partly because they are proud of themselves and their ability to adapt to live in such conditions.

Dior reveals the location of the Cruise show!

Winter smoothie-a drink that will delight you!

Matthew McConaughey is "weighing" his bid for governor of Texas