Austin Butler: 'Elvis was my obsession'

Until this year, the young actor Austin Butler (30) was best known to the wider public for his roles in children's films, and film fans also knew him as Tex Watson from Tarantino's "Once Upon a Time... in Hollywood". But since June of this year, Austin has become one of the most sought-after actors today and one of the most likely candidates for the Oscar for Best Actor. 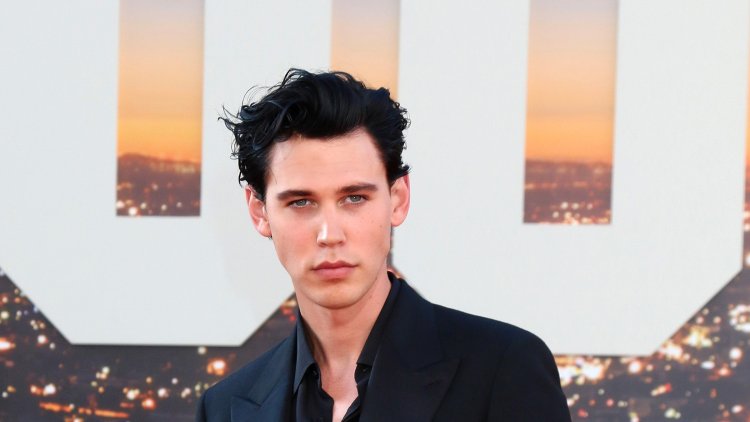 Until this year, the young actor Austin Butler (30) was best known to the wider public for his roles in children's films, and film fans also knew him as Tex Watson from Tarantino's "Once Upon a Time... in Hollywood". But since June of this year, Austin has become one of the most sought-after actors today and one of the most likely candidates for the Oscar for Best Actor.

The reason is his masterful role of the king of rock and roll Elvis Presley in Baz Luhrmann's movie "Elvis", with which Austin showed that he also knows how to sing and dance. Austin Robert Butler was born on August 17, 1991, in the Californian city of Anaheim. He grew up right around the corner from Disneyland, and although he told Vogue his family didn't have a lot of money, his mother would always treat the family to Disneyland season passes. In 2014, Butler sadly lost his mother Laurie, who passed away after a battle with cancer.

Both Butler and the King of Rock and Roll lost their mothers when they were just 23 years old. Butler explained that this made him feel even more connected to Presley.

' When I found out about his mother and that we were the same age, it hit me. It was just one of those things where you know the stars aligned and it just became the most personal thing,' he said.

He started acting by accident when he was 13 years old. It all started thanks to his half-brother, who auditioned at a fair, and little Austin followed him. Then they spontaneously asked him if he wanted to try his hand at that role.'I don't know what came over me that day because I was so shy, but I said yes,' he said.

Very soon, he started taking acting lessons, and because of that, he was home-schooled from the seventh grade. In 2005, Butler landed his first full-time job on Nickelodeon's Ned's Declassified School Survival Guide, followed by a guest starring role on Hannah Montana. The competition for the role of Elvis was intense, and Butler was better than Harry Styles, Miles Teller and Ansel Elgort. Director Baz Luhrmann revealed that he didn't cast Styles because he was already a big star. Speaking at the Cannes Film Festival, Butler said: ' I put my life on hold for two years and just soaked up everything I could and Elvis became my obsession. I devoted all my time and energy to mastering the character and learning everything there was to know about the King. '

While Butler's dedication contributed to his performance, he admitted it wasn't the best for him on a personal level.' You can lose touch with who you really are, and that definitely happened to me when I was done with Elvis – not knowing who I was anymore,'  he told GQ.

After the recording was over, it was difficult for Butler to get rid of Elvis Presley's distinctive southern accent. Austin is in a relationship with Kaia Gerber, a model who followed in her mother Cindy Crawford's footsteps. After "Elvis" Butler has already started recording new projects. We will soon see him in the big-budget series "Masters Of War" by Apple.